The woman, who claimed to be a reverend sister, was arrested at Omuigwe Abuja Phase II, Aluu, in Ikwerre Local Government Area for alleged child trafficking.

Maureen Wechinwu, a 44-year-old woman, who was nabbed with 15 kidnapped children in Rivers State, has made a confession.

The woman, who claimed to be a reverend sister, was arrested at Omuigwe Abuja Phase II, Aluu, in Ikwerre Local Government Area for alleged child trafficking.

Speaking to newsmen at the police headquarters on Tuesday September 6, the suspect claimed that she used to be a Rev. Sister trained in England anf her orphanage is genuine.

She claimed that five of the children were recovered from mentally challenged women while the others were brought to her by one Victor.

The suspect, however said she did not know where the said Victor brought the children from.

“I run an orphanage with children of mad people. Fransisca Onyinyechi, who was given birth to by a mad woman in Ogbogoro community market, is one,” she said.

“I cannot say that I am a reverend sister now that I am a disgrace. But I believe I was earlier. I am of the Ladies of Victory Missionary Sisters. It is in England, a Foreign Congregation. I am the only Nigerian in it.

Some of the children are mad people’s children. The others are brought to me by one Mr. Victor. Sometimes he comes with them in twos. One Miss Alice brought two to me. Alice said since I am a beginner that I should take them

The Commissioner of Police, Eboka Friday stated that the suspect was arrested by men of his command acting on credible information regarding the hideout of child traffickers

He added that 15 children who range from the ages of 4 to 10 years, were rescued while the case has been transferred to the CP Monitoring Unit for discrete investigation.

“A lady who claimed to be Rev. Sister, Maureen Wechinwuz was arrested. Fifteen children ranging from seven to nine years were rescued. The case has been transferred to CP Monitoring Unit for discrete investigation

“It took us over 24 hours before we could extract any information from the children. Some of them who could talk recounted their experiences with the woman.

The children all have different sorry tales of the abduction with their different parents and relations corroborating their abduction.

Prosper Godwin male was reported to have been abducted at Ikpazasia market in Bayelsa State on 31/10/2020, together with two others whom he does not know their whereabouts and was taken to the suspects. Later, he was sold to a woman in Lagos and subsequently returned to the suspect. The parents Mr and Mrs Godwin Ododor have been contacted and they corroborated the statement of the child.

Queen Harry female was abducted at Ojukwu filed Mile 1, Diobu, Port Harcourt at about 7 pm, while on an errand with the elder sister. The mother, Mrs Florence has been contacted and she corroborated the facts. 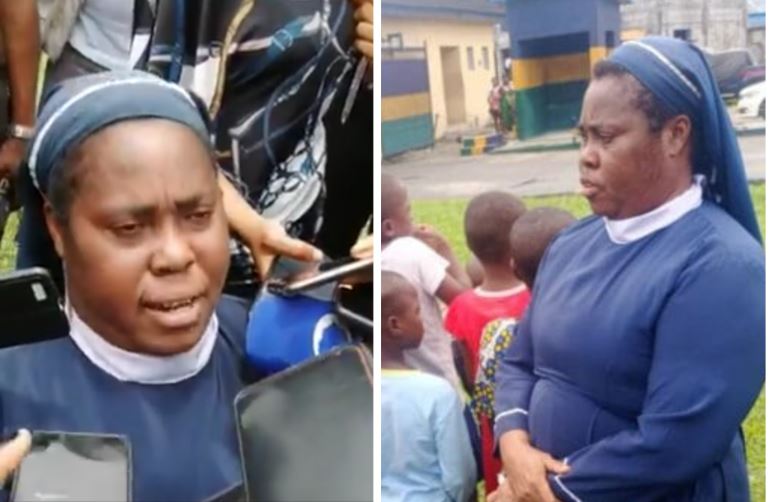 Miracle John Ohiri female was abducted on 19/11/2021 at Ada-George Road, Port Harcourt, opposite Holy Rock Church, along with her mother and two siblings, who have not been seen to date. The father John Ohiri has been contacted for identification of the child, who corroborated her statement that he reported the incident at Rumuokpakani Police Station

Favour Edeze, a female was abducted at Creek Road Market Port Harcourt on 29/04/2022 at about 10 pm, while on an errand. The father Emeka Edeze has been contacted and identified his child and also confirmed the incident.

Chiemele Obinna, a female was abducted on 24/04/2022 at Rumuodara/culvert Oroigwe, Port Harcourt, while seated in front of their house with her sister. The mother Glory Obinna was contacted and she stated that the incident was reported at Okporo Police Station. 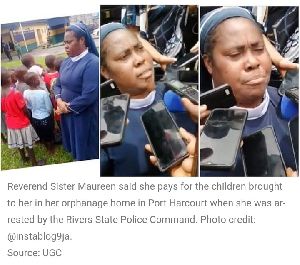 CP Eboka explained that the police were yet to locate the parents of the remaining 10 children for identification saying that the investigation was ongoing with the view of arresting other suspects linked in the case.

The names and ages of the rescued children are